It wasn’t just the motor development struggles and delays causing Enzo’s parents to worry constantly. It was his significant speech delays and challenges communicating that really became front and center. Soon enough, they’d have an answer to why he struggled so much with his speech when Enzo was officially diagnosed with apraxia of speech.

For Enzo’s parents, this led to concern that soon things would compound and lead to further social, emotional, and behavioral challenges. Enzo tended to struggle with meltdowns and tantrums when taken to busy places such as stores and restaurants, and now with the communication and speech troubles, his parents feared it would never get better.

In fact, they were told by the medical professionals that apraxia of speech was permanent and something he’d always have and that there was no known cause. They were told to continue with Speech Therapy, and work to find alternative means of communication.

What is Apraxia of Speech?

Childhood apraxia is a condition in which the child’s brain and nervous system have difficulty processing and planning the sequence of movements involved in producing speech effectively and efficiently. The brain knows what it wants to say, but there is interference in the processing and actual production (expression) of words.

The unique aspect of childhood apraxia is the muscles are not actually weak or genetically altered, it’s simply that the neurological pathways of communication are not working properly. A child with apraxia knows what they want to say, but ultimately cannot effectively form and express the words.

What are the Causes of Apraxia of Speech?

While the traditional medical approach still tends to report no known cause for childhood apraxia, many practitioners like speech therapists, occupational therapists, and pediatric chiropractors have begun to note a high correlation between birth trauma and apraxia of speech. Specifically, practitioners have found breech presentation, vacuum extraction, and c-section deliveries have the highest correlation with speech disorders and apraxia diagnoses.

While more research is needed to investigate the role of subluxation in pediatric speech and neurological disorders, it’s easy to see how the neuromuscular interference and incoordination caused by subluxation could play a role in childhood apraxia. Subluxation alters the nervous system’s ability to properly perceive and coordinate communication between nerves and muscles, which is the central issue with apraxia of speech.

Additionally, birth trauma is commonly known to interfere specifically with the function of the vagus nerve, which has speech amongst the many other things it helps control and coordinate.

How to Care For Kids With Apraxia of Speech

Speech-language therapy is the main treatment for apraxia of speech, and it’s likely has already begun for your child. SLPs often use a variety of methods to treat apraxia, hoping something will help improve the quality of life. They may try things like:

Many parents report that while speech therapy helps make some small and marginal gains, their child’s struggles continue to be significant.

While speech therapy is phenomenal at helping to learn methods and options for working around the challenges caused by apraxia of speech, pediatric chiropractic care seeks to uniquely address the root cause.

The first thing that must be done to find out if subluxation is involved is to have a trained Pediatric Experience doctor go through the PX Clinical Process. Your child’s case history (especially birth history) can provide all sorts of clues as to whether or not subluxation is involved. But most importantly, the neurological stress scans run by your PX Doc will be able to determine if subluxation and dysautonomia are involved at all. 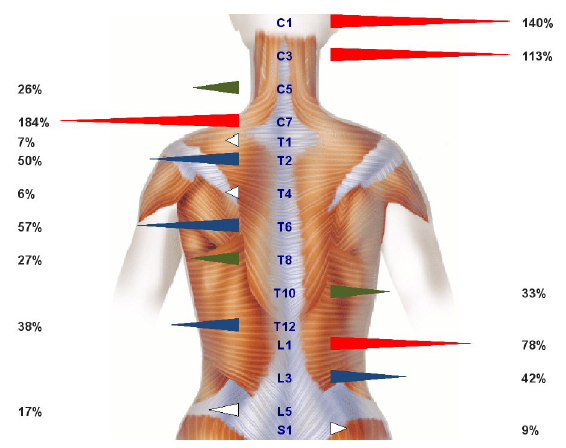 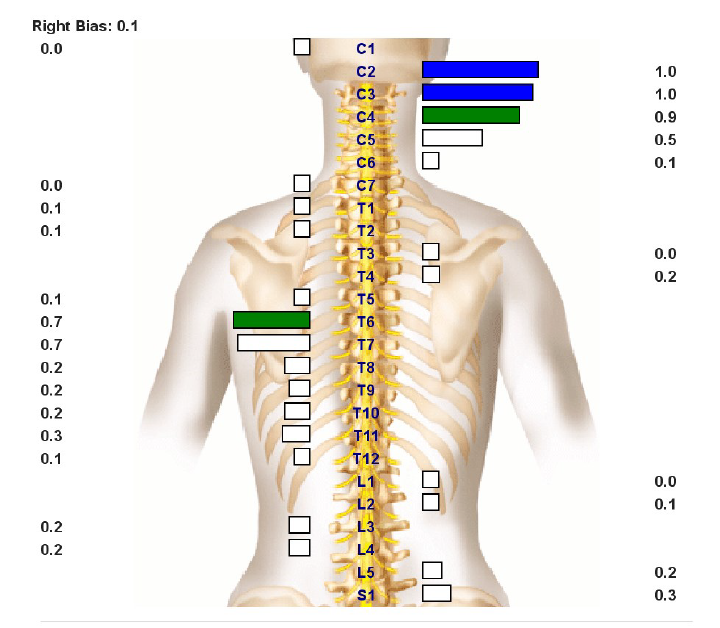 The images above are from the INSiGHT Neurological Stress scans taken on a child with significant apraxia of speech. The scan on the left is a NeuroThermal scan, depicting the presence of dysautonomia in the upper cervical region known to most influence the processing and integration of speech. And the scan on the right is an EMG (neuromuscular) scan, showing significant amounts of tension and asymmetry in the area that houses the nerves and muscles responsible for forming and expressing speech.

The goal of a trained PX Doctor is not to treat or cure the apraxia of speech, but simply to address the interference that may be contributing to the child’s health challenges.

How We Find Out if We Can Help

Many parents report to us that deep down they feel like there must be more that can be done while they continue to see marginal gains with speech therapy and the traditional approach. For thousands of families, that something more is neurologically-focused pediatric chiropractic care!

Today, Enzo from our story above is thriving! He no longer has an apraxia diagnosis, and his sensory integration disorder and immune challenges are gone as well! He’s thriving in school, has a ton of fun with his friends, and loves to tell all sorts of stories and funny jokes to anyone who will listen!

Use our PX Docs Directory to get in touch with a trained and ready office near you, and at the very least schedule a consultation to talk with one of our doctors to find out more about the role subluxation and nerve interference may be playing in your child’s challenges.

There is so much that can be done to help a child heal and restore neurologically, and the sooner you start, the better the results can be!

Looking back in Emma’s case history now it’s easy to see where the stress and tension...

END_OF_DOCUMENT_TOKEN_TO_BE_REPLACED

In an all too common story, Bryce’s mom shared this with us, “Her immune system felt...

END_OF_DOCUMENT_TOKEN_TO_BE_REPLACED

“I had no idea it could make his behavior even worse. My doctor definitely didn’t tell...